New Jersey voters authorized the legalization of recreational marijuana[1] to customers 21 and over on Tuesday November 3rd, 2020. After a series of legislative failures, the state of New Jersey can now move forward in a potentially lengthy process of passing a bill that details the regulations that will come with this new legal marijuana industry.

The vote in favor of legalizing the use of recreational marijuana is only the beginning. State lawmakers must pass a bill before people can begin purchasing and using marijuana legally. State Senator Nick Scutari will be introducing the legislation[2] as soon as Thursday, November 5th. Additionally, Governor Phil Murphy and Assembly Speaker Craig Coughlin must name appointees to a Cannabis Regulatory Commission[3], which will oversee and regulate the industry.

When Will This Go into Effect?

Scutari stated in an interview with NJ.com[4] that his top priorities are to get the vote passed and passed quickly. He also mentioned that he and Murphy have been continually drafting the bill with co-sponsors and the governor’s office. Scutari’s optimism continued when mentioning that medical dispensaries could potentially begin legally selling immediately after the bill passes.

Despite Scutari’s statements, dispensaries may be a contributing factor to a lengthier process than hoped for. Dispensaries must undergo an intense licensing process, preparation for an influx of 1 million customers, and adding new growers to the state’s supply. This process can take anywhere from months to a year before recreational marijuana becomes a reality. Using some of our northern neighbors as a template, the first dispensary opened two years after voters passed a 2016 referendum to legalize marijuana in Massachusetts[5] and four years later in Maine[6]. New Jersey is on the right track to passing a bill that decriminalizes possession of marijuana[7] and a bill that details the rules and regulations of the recreational use of marijuana.

Stay up to date on the latest happenings in NJ regarding legalization with Herban Creative! 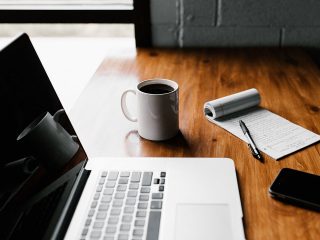 Top
We use cookies to ensure that we give you the best experience on our website. If you continue to use this site we will assume that you accept this.OkPrivacy Policy