The Next Revolutionary Anxiety Medication?

A fairly new outbreak in the cannabis related industry is cannabidiol, commonly referred to as CBD oil. This compound found in cannabis plants is rapidly gaining attention as a potential medication to relieve the effects of anxiety. CBD oil remains in the beginning stages of research for its effects on anxiety, but the potentiality is undeniably exciting and seemingly safe.

According to Apple Wellness 1,research suggests CBD oil could be a possible alternative to addictive anxiety meds, like Xanax and Prozac, but scientists still hesitate to confirm the benefits before long-term studies conclude. Still the interest in this possible anxiety treatment for those suffering persists. In reality, this is just the start for CBD.

Unlike the most popularly known cannabidiol, tetrahydrocannabidiol (THC), CBD does not produce a high after usage. In fact, CBD oil impacts the mind without putting the user in an altered state. However, it may be quite a bit of time before scientists reveal conclusive results on CBD’s effects on the brain. With extensive marijuana research still being new to the world, it’s difficult for scientists to predict long-term effects.

, some of the anxiety disorders scientists believe CBD oil may assist in helping include:

Beyond anxiety disorders, CBD oil could possibly help reduce anxiety-induced insomnia in the future. There’s even talk about CBD as a possible aid in the relief of mild to moderate depression, however there’s not enough research and it’s still somewhat inconclusive.

The alarming number of anxiety-ridden adults in the U.S. makes potential of natural alternative medication a radical discovery. Current medications treating anxiety disorders have risky side effects, such as addiction. The hope is that CBD oil shows low or no risks comparatively to other established medications. If so, CBD could help a slew of patients unable to take pre-existing anxiety meds.

To visualize the need for effective anxiety medication options, the chart below illustrates the millions of adults struggling with the anxiety disorders listed above.

*The following statistics are in accordance to information presented by the Anxiety and Depression Association of America.

Adults In America Suffering From Anxiety Disorders (by the million)

The slow worldwide adaptation of recreational and medicinal marijuana products allows CBD oil a shot as a medicinal drug in the future. Last year, the CBD oil market hit a $202 million value and shows exponential estimated growth for years to come. Only time and additional extensive research will prove the positive benefits of this cannabis compound., and the results may be nearly revolutionary. 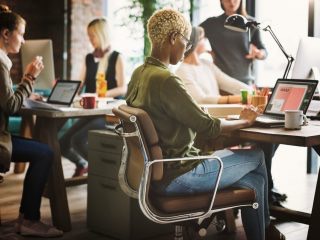 Previous Post (p) Cannabis Marketing: What Not To Do 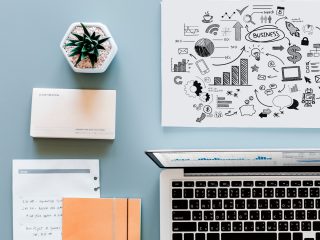 Next Post (n) Find the Agency Match for Your Cannabis Business

Top
We use cookies to ensure that we give you the best experience on our website. If you continue to use this site we will assume that you accept this.OkPrivacy Policy